“Someday there will be a time for us…”

You gotta love surprise gems. Four months into 2019, the world has been up in arms about Robert Kelly. Michael Jackson’s poor soul gets dragged into this, a landmark in Paris gets burned down with no casualties while lesser countries gets no news coverage, Hip Hop suffers a loss in Nipsey Hussle and suddenly half the world act like they knew who he was and Kodak Black decides to take controversy way too far. Mad Skillz and Uncle Murda have more than enough content to wrap up 2019 in just four months… 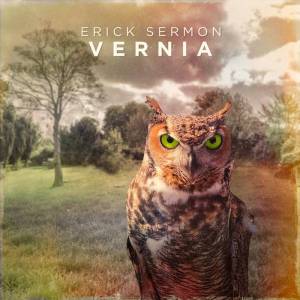 meanwhile, The Green Eyed Bandit was quietly in the shadows unleashing his eighth studio album Vernia, the follow up to the slept-on ‘Erick Sermon’s Perception’ with the help of nearly 600 Kickstarter supporters, and dedicated to his grandmother no less. So with all these ‘distractions’ going on, Someday there will be a time for us… and by us, I mean REAL HIP HOP.

Thirteen tracks of quality starting with the intro provided by RJ Payne. Now this is what history sounds like in the making. Payne’s vicious delivery warns us of the second coming of Def Squad… because we now know both Keith Murray & Redman are on the horizon with new projects.

That’s just enough to have Sermon Wake Up with No Fear which is such an epic way to start the album with signature Sermon production sounds which are instantly hypnotic. The results should be instant goosebumps..

“ODB wherever you at in the world homie come see me…E!”

Sermon keeps the funky sounds going with ‘Da Wave’. I don’t know how you see it, but this particular track is just begging for a remix with Redman and Method Man blessing the track. Maybe E thought Red & Meth were taking too long with ‘Blackout 3’ and took the beat for himself.

I KNOW YOU’RE GONNA DIG THIS…

E looks for Styles P & AZ and discuss where did Da Game go… in this zoned out vibe, E hits back at the ignorant folk who called him washed up, Styles P chimes in describing the millennial rap generation as sounding the same. Then in ‘Go’, Kaelyn Kastle channels her inner Lauryn Hill for the hook while E speaks the truth… “…you still wanna blame it on the system/that’s played out now ain’t nobody listening/mad information all across the nation/all over the TV, all over the station/……………..coz Trump just a man, he’s human/he can’t stop nuttin that God is doing/y’all keep pursuing, and go be the spirit/tell a hater sit down, be humble word to Kendrick!”

GUESS WHO FATHERED YOUR STYLE…

Erick becomes mad soulful on ‘My Style’ with Raekwon & Noreaga, here he takes his own advice, sits down, humbles himself as he pays respect to his fellow featured MCs. Let us not forget he actually produced on Only Built 4 Cuban Linx Part 2. Then he turns his attention on the southern girls and appreciates the way they carry themselves along with Big K.R.I.T. He also explores the women who have to strip to feed the families and then face the harsh reality explaining later in life.

Ever wondered what would happen if Erick Sermon toppled the ‘evil Trump’ and took his rightful place in the White House? He names Hip Hop artists and assigns them to his cabinet, and you cannot argue with his choices either. What’s interesting here is he names Jay-Z as Secretary of State… not sure how Hov would take that whereas Dr.Dre would be vice president…

“…That Kill Zimmerman, and bring Trayvon back, this is that I wont accept less give me all of that respect sh!t…” (Keith Murray, Culture, Erick Sermon’s Perception, 2015)

E returns to his signature sounds and brings forth an unexpected sequel to his No Pressure classic – Stay Real… and this time Nature & Keith Murray join him. Murray claims America likes a good come back story… lets hope this is the case for Def Squad…

At this point it seemed as though E travelled to LA to finish up the rest of his album according to the album sequencing. He meets up with Xzibit and David Banner for ‘Zion’. We also see a surprise element appearance in Shaquille O Neal, who most of us thought hung up his mic since the days of ‘What’s Up Doc’ and ‘No Hook’…

Considering this album is dedicated to his grandmother, this ‘May Sound Crazy’, but this might be too explicit for Vernia’s ears… it flows well with the album but I’m not sure Battlecat, Too Short & Devin The Dude got the memo, and then E decides, if I slide this tune here maybe Grandma won’t notice… if this album was not titled Vernia, this would not sound out of place.

‘300 E’ starts off with a dreamy orgasmic backdrop, and then morphs into a cruisin’ anthem. You can imagine the visuals already. Driving in the Mercedes, with that Hollyoaks chick who has the same name seducing you as you drive… (oh that’s just me? Oh okay then!)

Finally the album’s close has Apathy on the production boards… and it’s arguably the best ode to Grandma since DMX & Faith Evans. It could well be inspired by that classic. Here Erick Sermon reveals that it’s because of Vernia how he and Parrish Smith came together. Not sure about how Apathy abruptly ends the track but I’d rather it fade out or let the beat just ride out.

“This ain’t that pretty boy Floyd this be the ruggedness, this be the real deal, that there be some other sh!t, but this ain’t that, because that can’t f**k with this…” (Keith Murray, Culture, Erick Sermon’s Perception, 2015)

At this point I could point the finger to Redman, ask him what is taking so long with Muddy Waters Too, and ask why he wasn’t on this project when E does it just three years after his last album, however this is a well received blessing. This could well be the blueprint of what Muddy Waters Too will be whenever that drops, and for that, Erick Sermon gets maximum praise.  Thankfully heads have woken up to the media distractions that are happening as of late. The question remains – are there enough sufficient funds left in the kickstarter to produce visuals to some of these great tracks? 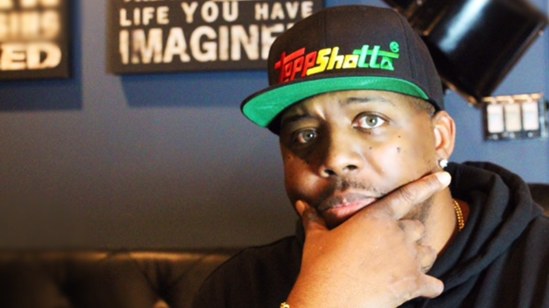 “Babylon is the most famous city from ancient Mesopotamia whose ruins lie in modern-day Iraq 59 miles (94 kilometres) southwest of Baghdad. The name is thought to derive from bav-il or bav-ilim which, in the Akkadian language of the time, meant ‘Gate of God’ or `Gate of the Gods’ and `Babylon’ coming from Greek”. 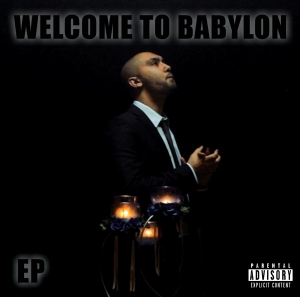 “The term is a reference to the fact that in the Torah (AKA the Old Testament) the Babylonian Empire forcibly relocated the Jews from the Land of Israel to the city of Babylon, where they were forced to stay for around 50 years. This situation is seen as analogous to the forced deportation of Africans to the Americas by Europeans”.

Now you see the similarities and the breakdown of the term that Leicester City MC, and friend of the program Loaneski has taken on for his latest EP. Five tracks spanning subjects of Self Confidence, Capitalism, Democracy, God and Education, all of which allude to both terms of the word. All inspired by some of his favourite anime films, they maybe come across as mere cartoons by the ignorant eye, but contain so much knowledge behind the entertainment.

The EP kicks off with Air Force 1s…at a glance, one would think that Loaneski is glorifying the sneakers he wears on his feet, but rather, tackles the doubts of making it big caused by voices in his head, (indirect wrestling reference as he reveals he’s a bit of a WWE fan in this track.) Those thoughts flow nicely into the ‘Thoughts of Many’, provided by haunting production by Radiohead Beats which will make your mind zone out more and more after repeated listens.

“In the Book of Genesis, chapter 11, Babylon is featured in the story of The Tower of Babel and the Hebrews claimed the city was named for the confusion which ensued after God caused the people to begin speaking in different languages so they would not be able to complete their great tower to the heavens…”

The behind the scenes story with this track which Loaneski explained to us on our show is a fascinating one. Imagine that the title track wasn’t meant to sound like what you hear now in terms of production. It is loosely reminiscent of Big Punisher’s The Dream Shatterer, in which the album version is actually an ‘experimental remix’ which Pun had subconsciously envisioned. Loaneski does the same here, with a biblical cinematic epic backdrop from producer Jedi and could well be his finest moment to date. Most of us claim the 90s as the greatest era, and social media technology was not even prominent and so dominant, now we act like the world has ended if the ‘gram or the book of faces goes down for a few hours.

‘Dear Lord’ is Loaneski’s letter to who he calls ‘BIG MAN’, with another set of handwriting provided by the EP’s only feature – Jay P. The pair cleverly make this a universal anthem for all religions (and maybe even atheists) to connect and relate. Finally the Dialect Architect speaks on the misled education system and how they want to teach ethnic minorities one way of thinking.

At this point, the Lone Wolf sees himself as his own competition and strives to become better and it really shows in this project, and you owe it to yourself to indulge in some great sounds… you can catch the full interview in the video above where Loaneski breaks down the entire EP and a whole lot more.