Rock and Hip Hop are distant relatives, they both have a rebellious attitude, but with messages in their music. It is only right that RePPiN4U and BDSIR NETWORK pay homage to the two genres and drop a crossover special! First hour, new hip hop, second hour, Crossover special. MAKE NOISE!!!! COME ON!

29. XZIBIT F/ SEVENDUST – What You See Is What You Get 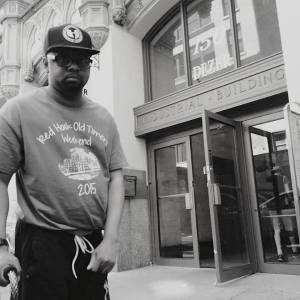 Music biopic/documentaries go as far back as The Jackson 5, Little Richard, then moving forward to some of the more recent ones like Aaliyah, Nas (Time is Illmatic) and TLC. But never has there been such a Hip Hop biopic that has garnered such success as Straight Outta Compton which topped the US box office which was unheard of for a Hip Hop Biopic feature film and received critically acclaimed reviews across the board including RePPiN4U (Read review here). Now other artists want to jump on the bandwagon and popular demand hoping for the same success. Death Row Records, reportedly not happy about the portrayal of their label in the film are reportedly planning to film their production. Gucci Mane claims he wants to create a biopic, 2Pac’s biopic ‘All Eyes On Me’ was released last year which was met with mixed reviews and particularly shot down by Jada Pinkett -Smith, but some Wu-fans have been clamoring a Wu-Tang Clan version…Dr.Dre & Co continue to be the trend setters of Hip Hop, but Wu -fans will be getting their wish very soon, but not exactly in the way they expected. The difference between previous hip hop biopics and this, those were actors. This one is as real as it gets.

Chron Smith, more commonly known as Wu-Affiliate Hell Razah of the Sunz of Man didn’t exactly hear the cry from the fans but it just so happens that he is about to unleash his story entitled ‘Risen’… about his sword swinging comeback from a Brain Aneurysm. If it was to rupture, it could cause a stroke, or worse – brain damage or death.

Director Frank Meyer and Razah go back as far as 1997. Razah was apart of the web series Freestyle 101, which has featured such artists like The Game, Cypress Hill & Ice-T. With their long-standing friendship, it was only right that Meyer was the perfect choice for this feature film.

“Razah’s story is one everyone can relate to,” says Meyer. “He was a talented kid from the streets who worked hard and

nearly achieved all of his dreams before this tragedy struck. Now his life has been completely refocused. A lot of rappers will tell you about how they have been shot 9 times, but they won’t let you see them struggling through the rehab process or questioning their future.”

Meyer might be firing shots of his own in that statement, but he’s about to take Razah’s fans through the five-year journey of true rehabilitation. ‘Risen’ features Razah’s fellow Sunz of Man brethren, as well as Wu-Tang members RZA & Cappadonna, Popa Wu, Ras Kass and many more.

We spoke with Hell Razah in late 2016 about the film, and what he and the Sunz of Man has for us as they approach their 20th Anniversary of their debut album, ‘ The Last Shall Be First.

The official trailer has been released and by the looks of it, this is a remarkable story for not just Wu fans but for everyone in general who may relate. Hell Razah promised us that something top-secret has been in the works for the 20th Anniversary, and he would rather show us rather than talk about it… is this it? The unveiling of the documentary at The People’s Film Festival May 31, – June 3, 2018 in New York.

Not just that, the film has also been nominated in the Los Angeles CineFest. The next Red Carpet and Awards ceremony jump off is the top of 2019.

We are in a time where people are out to dress up to watch the Marvel films ‘Black Panther’ and ‘Avengers: The Infinity Wars’, so may I make a suggestion: For those who are lucky enough to witness the premiere at The People’s Film Festival, it would be great if they dressed in black and yellow sporting the Wu colours or even better, the OFFICIAL Wu-Wear gear, and display it all over their social media… if only someone was kind enough to pay the plane fare for a certain Wu Worldwide DJ Coalition ambassador to get over to the states to see the premiere… hint-hint?

In the meantime, you can now download the latest in the Hood Transporter mixtape series hosted by Heaven Razah and mixed by DJ Kenni Starr of the Wu Worldwide DJ Coalition/Ghetto Government Officials. This time they are paying homage to the women of hip hop, featuring a who’s who from your resident Wu affiliates in Tekitha, Blue Raspberry & Queen The Prophet, to established artists such as Foxy Brown & Amil, to the dime pieces in the ruff like Sic’Nis (who I saw live single-handedly body Triumph at a recent Ghostface Show in the UK), Starrlight (who has appeared on RePPiN4U HIP HOP SHOW) & Darci Carpenter (Haute Mama of 5 who has overcome major life obstacles herself in her own right).

Stay tuned for further announcements regarding the UK & European release of the film where I will sure to be at the premiere for that. In related news Heaven Razah & DJ Flipcyide have recently released their new album Equilibrium which 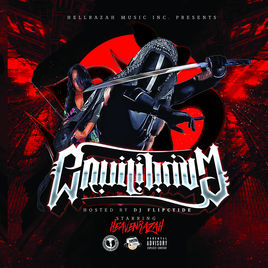 features fellow Sunz of Man members Killah Priest, Prodigal Sunn & more, and you can also catch the interview RePPiN4U had with the beautiful Ladi Vee, the mediaboss/tv/radio host/actress/model who was featured on the album’s front cover elsewhere on this blogsite.

The time has finally come, the wait is finally over. If you are in the area you owe it to yourself and support this movie. WINGZ UP ALL OVER NYC AND THE WORLD OVER!