For those who don’t know, The Infamous Informer is the wrestling fan alter ego of Grant Body-P! He loves his WWE but with a striking difference: Unlike most wrestling fans in the internet, he DOES NOT take WWE seriously, he takes everything make joke,  and he gets under fans skin a little bit because he hits back at them for stupidity! Oh one other thing – he declares WWE Superstar Naomi as his ‘Wife who got away’, a.k.a. his Mint Aero, a.k.a. his Nubian Queen! and if you look at the pic below, well they make a lovely couple… too bad Jimmy Uso saw her first!

If you want to become an intelligent wrestling fan, hit us up on the links below…

REQUEST TO JOIN – DON’T BE A POTATO – Don’t be a tragedy like…Nikki Bella. Even Brie takes back the ‘cyber bullying’ statement she made after she saw her sister get ‘Kratos’ like that by Ronda Rousey!

Has John Cena done something even The Rock ‘seemingly didn’t have time to do’? Send a message via satellite? Aaaah Rock!!! Tell me it’s not so! Did you at least send a tweet? Let me check…

Now if I was a regular hardcore wrestling fan, I would be cussing The Rock at this point for not turning up…but come next year I would still roll into the cinema with my brothers, pay my money to watch ‘Hobbs & Shaw’. So NO, I’m not cussing the man! Sorry to disappoint you!

Oh DAYUUUUUUUUUUM!!! CARMELLA!!! Sometimes, your Beckys, your Charlottes, your Mandy Roses of the World Wrestling Federation often overshadow Carmella for sexiness but OWWWWWWWWW! Look what Carmella have on! Like – GUUUUURRRLLL!!! Yo R-Truth talk to me – you speak the truth -you’re tappin that @$$ aren’t you!

Stephanie on TRUTH TV????!!! I would have thought she would have chosen Miz TV! I see wrestling fans complaining about Stephanie on Smackdown… yeah the same muthaf***az jerking off when they saw this scene back in the day… 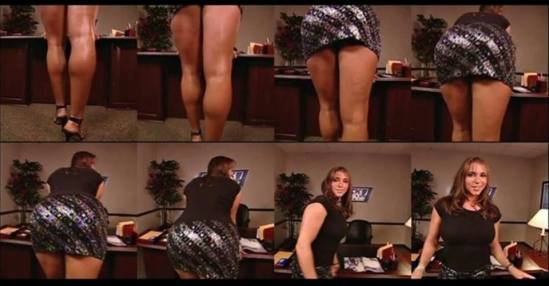 Why are you booing this woman? Last time I check, she was a GOOD general manager! So good Vincent Kennedy forced her to quit literally in a match, see this is why I cannot connect with a lot of so-called fans! You don’t know your history!

YES SHANE-O! Both McMahons on Truth TV! I bet the Miz is not happy about this!

NO SHANE-O! Those pink Nike Sneakers??? JUST NO! Don’t use Susan G Komen as an excuse either! I could donate to that – and I don’t have to wear those hellish things on my feet!

I did like when Shane told Stephanie -‘Welcome To the A-Show!’ lets be real – Smackdown was the A-show from say hmmm…Stephanie was the GM of Smackdown?!!! YOU THINK ABOUT IT! When Steph was running the dance – Eric Bischoff was on RAW and that dastardly Triple TEEF was your champion!

OHHHHHH NOOOOOO!!! VINCENT KENNEDY!!!!! And the crowd are loving this! I’m loving this! Please – do the walk!!!!

“You see the E in WWE stands for Entertainment!” Straight away I can hear the internet crying out ‘The Second W in WWE stands for Wrestling’! Oh f**k off will you – this is not for you! Bound For Glory is THAT WAY!

And JUST LIKE THAT – This is better than RAW 25 back in January!!!

Ok let’s get into some WRASSLIN’! The Uso Brudda vs AJ Styles & Danny Bryan! Hey what a powerful tag team!

SHEEEEEEEEET AJ Styles got the Calf Crusher on one and Danny got the YES Lock on the other! This is baaaaad! Good thing it’s not for the tag team titles!

See Brie? THAT’S THE WAY TO DO IT! Use the YES Kick and connect on the chest like your husband is demonstrating right now! How you manage to hit Liv Morgan’s headtop?!!!!

WHOA! Mis communication by Styles & Bryan enabled The Usos to send them to the USO penitentiary and lock that sh!t down!

Rusev Vs The Miz – Crown Jewel World Cup qualifying match! Still not cancelled then? Sorry wrestling fans! Offer Vincent Kennedy 20 BILLION and he MIGHT consider it…

Another American heads to Crown Jewel World Cup in THE MIZ! Er… is it too late to change the name to King of the Ring???

Aiden English baited it up, he sees Lana, his d!ck gets hard, then Lana kicks him there HARD! That is PAIN right there! Never mind the beat down Rusev was giving him!

Look at Jerry Lawler & Booker-T at commentary eating pancakes! Er wrong segment guys! I understand it’s New Day Vs The Bar for the tag team championships but I would be eating that while Eve Torres and Layla be in the ring… oh crap it’s not 2009 anymore….. awww shucks…

This makes no sense! Why would The Big Show interfere? To quote Gorilla Monsoon ‘What business does he have down there?’

Maybe he’s bex that The Bar threw all the pancakes one side and all over the floor!

Yes boy s and girls that was the 1,325th heel turn from Big Show! YOU LIKE HEEL TURNS DON’T YOU?

EDGE is growing his hair back! You know what that means – RETURN CONFIRMED! HAHAHAHAHA!!!! (Actually I shouldn’t laugh…given Danny Bryan & Shawn Michaels recently…)

Now – as you look at Becky Lynch close up – you can see that is a pretty girl, a sexy girl, the type of girl, you wanna bring home… and play this as you get busy!

Unlike Alexa Bliss – who is PLASTERED with make up and foundation – sorry guys – she just ain’t pretty!

I don’t know if Edge is giving Becky words of wisdom or he’s actually thinking ‘damn if I held out I wouldn’t have settled for Beth Phoenix’!

“You’re right… I don’t like myself… I LOVE MYSELF!”

YES BECKY! I love you too! She has the right attitude! You see if you LOVE YOURSELF, others will love you! It’s the truth!

“You love what you’ve become? Then you gonna luuuurve what I do to you!” I knew it! Even Charlotte wants to get in Becky’s pum-pum! I’m telling you – Becky just oozes sex appeal right now!

Look at Finlay and Jamie Noble trying to split them up – more like getting a sneaky feel of those breasts! I don’t trust either of them! Jamie Noble used to f**k his sister ‘Nadia’ and Finlay looks like a dirty old man! He wants to use his… shillelagh!!!!!

Rey Mysterio Vs Shinsuke Nakumura – winner goes to Crown Jewel! This is a heartbreak either way!

Hold on a second – Rey advances! The question remains – does that technically make Rey a #1 contender for the U.S. championship????

Ok – TIME TO FIND OUT…WHO I AM!!!!! Will these guys make a cameo appearance at the all women’s PPV?

YEAH YEAH WE KNOW – Evolution was a RAW STABLE – WE KNOW! Just be f**k!n happy we are seeing Batista & Ric Flair! Triple had his Smackdown moments, Batista & Randall had crazy Smackdown success.. so to that I say this –

Look at Triple Teef while Batista is bigging Randy Orton up! That dude makes me laugh so much! Sometimes I forget why I hated him back in the day!

Ric Flair is IMPOSSIBLE to hate! Even after his alleged racist remarks at certain points in his life! Hip Hop clearly doesn’t care about that so why should I?

Wait a minute I know WWE edited this for YouTube but I heard when Batista said to Ric ‘ keep it in your pants’! and was swinging the mic around making reference to Ric’s…er… moving on!!!

On to TRIPLE TEEF HIMSELF!

“THE GAME! 14-time WORLD CHAMPION! THIS MAN IS THIS BUSINESS! THERE IS NOTHING THIS MAN HAS NOT DONE…. EXCEPT BEAT ME!!!”

I was hoping for Rock Vs Triple H at WrestleMania 35 but hey, I don’t complain on the internet!

Simply put – DX – You’re going in that box Undertaker made for you both 20 years ago! And take your hammer with you!

In retrospect, maybe they didn’t need to go 3 hours… it would have been nice though… The Rock’s absence might be unforgivable to some wrestling fans though! Nah Rock you gotta free up some of your schedule homie! But saying that – when you do appear at a random RAW or a Wrestlemania with that flame thrower you had, they complained on the internet so F**K EM! 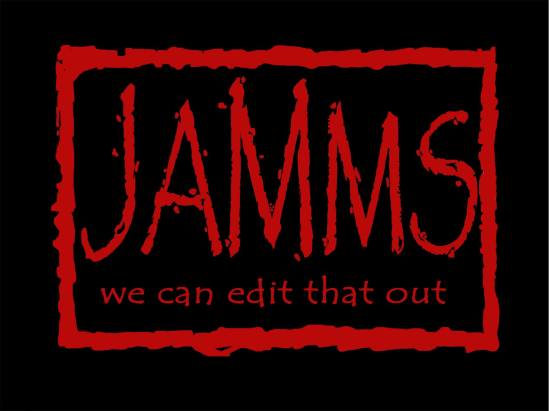 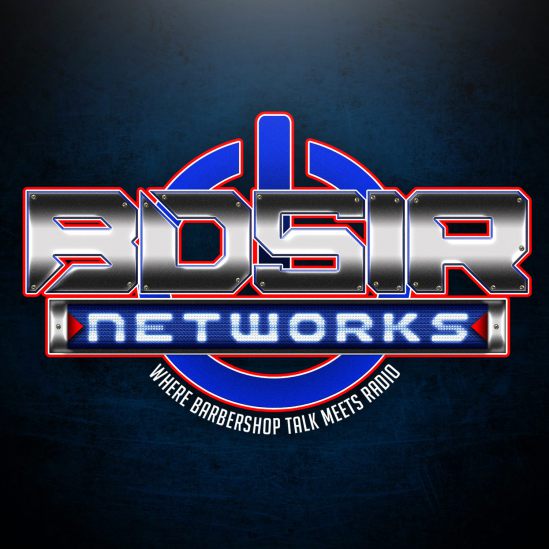 DISCLAIMER: ALL OPINIONS EXPRESSED BY THE INFAMOUS INFORMER DO NOT NECESSARILY REPRESENT OR REFLECT THE VIEWS OF THE WWE OR/AND THE SMACK TALK CENTRE.