Imagine, you wake up one morning, setting out for your side hustle… you are an aspiring artist who would one day dream of making it big, but instead of doing the corny reality TV route and coming with some sob story to get the nation behind you, you would rather do it the hard way, go in your local city centre, put down a collection plate, and rhyme your @$$ off as a means to get by, but you had no idea that Lonnie Lynn was in town doing his grocery shopping and then not only stop in his tracks to listen to you, but he would vibe with you and rhyme with you as well…

With that single act of LOVE shown to you, you become a global sensation. That’s the mode Common is in right now, now an author of two best selling books, One Day It Will All Make Sense and Let Love Have The Last Word, both of which have albums to supplement it. But we are here to talk about the latter, which follows on from 2016’s ‘Black America Again’, and adopts more of the sound from the August Greene project and this is what we have; 11 tracks of pure soulfulness. if you are looking for ‘bangers’… so to speak, the likes of ‘Like Water For Chocolate’, ‘Be’ and ‘Finding Forever’ is THAT WAY.

…and so it begins. Love becomes it’s own entity with Samora Pinderhughes kicking it off. It’s a tone that maintains throughout.

The way I typically listen to albums, a track like this would usually serve as the outro. Common continues his ongoing relationship with H.E.R. over a J Dilla beat. This is so smooth, but by the third verse, Common tries his hand at name dropping… and the while the names he mentions are relevant as far as mainstream, they will not sit well with true hip hop heads at all. Cannot quite see J Dilla himself working with them either if he was still here with us. Thankfully Dwele steps in for the interlude to make us quickly forgive Common for that last verse.

The closest to a fast paced track on this album is this one right here… Hercules with Swizz Beatz serving the hook. It truly is a sad state of affairs when the real star of Ruff Ryders is the group’s main producer. Eve & Drag-On are in the shadows still making music, The Lox have accepted their fate as good artists who no matter how much good music they do they will and forever be known as the guys who introduced DMX in Money Power & Respect, and as for the main dog himself, just when you think he’s making a comeback, he finds himself behind bars time and time again. 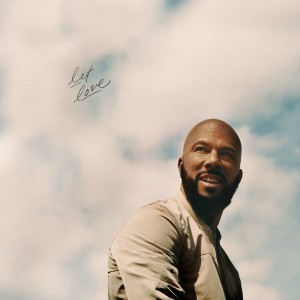 Track 5 is aptly titled – Fifth Story… where Common goes into storytelling mode, narrating what happens when infidelity has the last word instead of love. LeiKeli47 plays the woman who got played and takes drastic consequences…

…then in ‘Forever My Love’, Common puts his entry in the Mother’s Day soundtrack. Over the years we have always heard Common’s love for his father, but this time BJ The Chicago Kid helps him gets all that expression out for his moms.

Jay-Z might have wanted to rhyme like Common Sense at one time, but in Leaders (Crib Love), Common reveals he just wants to find love like Beyonce has or like Cardi B and Offset have. So with that, Common portrays struggle, and Samora Pinderhughes reminds us that they want us to fail within our struggles. This continues in Memories of Home where Common reveals his dad and uncle did time so at one point he looked towards older wiser figures to keep him on the straight and narrow. At this point you just wanna hug the man because a lot of what has been spoken so far has resonated with us.

This might be the most touching track in the album… you bring Jill Scott into the mix, you’re listening to a relationship between a father and daughter. Common reveals he wasn’t there enough for his daughter and now he has to play catch up, and the roles are reversed as he becomes the student and she becomes the teacher. This could and should have ended the album beautifully. It has all the ingredients, especially when the beat rides out.

However Common decides to pick the pace back up one more time for ‘My Fancy Future Love’… who would have thought Anita Baker and Ghostface Killah would be used in the same sentence? This is Common’s way of saying that Ghost has made it in the annuls of soulful music. As stated earlier, ‘Show Me That You Love’ could and should have ended

the album but Common was confident enough to end it with a smooth gospel sound in God Is Love. What is so great about this is Common has no problem showing love to God, and if you notice throughout this project, Common hardly cursed, if at all.

Take this album as Common’s ‘4:44’, this could well be his most vulnerable, most personal work to date, and one that when performed live, it’s intentions are to have live musicians as opposed to DJs on set, and may have an even clearer understanding once the book has been read. Again as stated earlier, this album is not for those who love bangers, or maybe it is… because Common is displaying that grown man’s approach, showing you can be human and still make great music, and being a playa or gangsta or anything of that nature isn’t the be all and end all.

Common believes that the phrase “let love have the last word” is not just a declaration; it is a statement of purpose, a daily promise. Love is the most powerful force on the planet and ultimately, the way you love determines who you are and how you experience life.

Touching on God, self-love, partners, children, family, and community, Common explores the core tenets of love to help others understand what it means to receive and, most important, to give love. He moves from the personal—writing about his daughter, to whom he wants to be a better father—to the universal, where he observes that our society has become fractured under issues of race and politics. He knows there’s no quick remedy for all of the hurt in the world, but love—for yourself and for others—is where the healing begins.